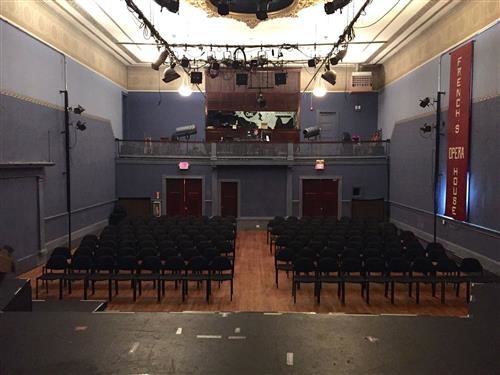 This location used to be French's Opera House and is believed to be haunted by Esmeralda, who died here during a fire. Also known as "Essie," she is said to haunt the children who perform in plays, and has even been seen floating above the stage. Flowers are placed in a purple chair before performances, the location where Essie died. But it is said that if the flowers aren’t in full bloom, Essie will play tricks with the lights during the performance.