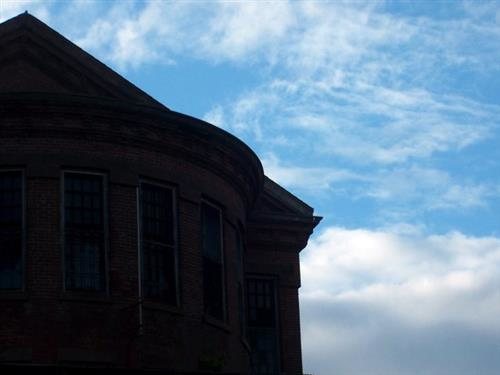 The Taunton State Hospital is a psychiatric hospital that dates back to 1854, originally known as the State Lunatic Hospital of Taunton. According to Wikipedia, it was the second state asylum in Massachusetts and was a Kirkbride Plan hospital. Located along the Mill River, the hospital sits on over 150 acres of land. It was added to the National Register of Historic Places in February of 1994 and is believed to be one of Massachusett's most haunted spots.

In the 1800s, rumors surrounded the hospital stating that the place was operated by a Satanic Cult who would take patients into the basement to conduct morbid rituals on them, and even human sacrifices. Stories say there are still strange and eerie markings on the wall to this day, and that when the hospital was still open, staff would attempt to go into the basement but claimed they would feel something physically stopping them from going down there. A shadow man has also been reported here, and he is said to crawl along the walls and hangout in corners, watching the patients. Serial killer Jane Toppan, who killed more than 31 people while working as a nurse is a famous resident of the Taunton State Hospital.

Source: Photo by Knobbykneez via Flickr
Mouse over photos to see photo credits.